LDCs are countries with poverty, human resource weakness, and economic vulnerability. Which conditions and criteria are reviewed by a UN and Social Council (ECOSOC) committee every three years. In International trade LDCs get some tariff and market access facilities.
Canada is also providing some tariff and market access facilities to the LDCs,which includes many third world countries including Bangladesh, a country in the South Asian region. Hope the following narratives will discuss about custom aspects of the
market access initiatives, which could be beneficial to exporters, importers and people handling customs related issues in Bangladesh, as well as other LDCs and other areas of the world especially related to Canada Economy.
Bangladesh can be treated as an exemplary country in the LDCs and Canada as an exemplary first world country, who provides similar (not same) facilities to the LDCs.

There is a global consensus that economic development & growth can help to decease poverty. Starting from February, 2002, Canada government was exploring the idea to give greater access to their economy. Which would reduce  poverty among the poorest countries. Promote investment  and development; enhance economic development through reduced trade barriers and greater market access to Canada economy.


List of Least Developed Countries, which are entitled for duty free treatment in the alphabetic  order:

Note:Please read the second part of the article also for easy understanding.

← About This Blog
Market Access Initiative for the less developed countries (LDC) and related Issues: A Canada perspective (Part-1) →

This site uses Akismet to reduce spam. Learn how your comment data is processed.

I write academic articles,blogs and work with a multinational company.

I am a simple man and would like to work with any positive minded person.

I am a Masters degree holder from a University and a Certified Supply Chain Manager.

-What articles do you need to assign for the upcoming issue?
-Do you need help with your blog?
-Hit reply, send me a message, and we’ll go from there.

Portfolios are submitted below:


*This is a Supply Chain Management(SCM) bilingual blog

The book is avaiable at Amazon! 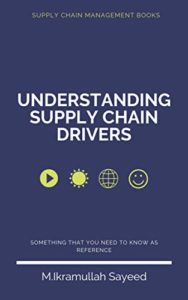 This site uses functional cookies and external scripts to improve your experience.

NOTE: These settings will only apply to the browser and device you are currently using.

We are using google analytics to get generalised information about the visitors. And their response to the contents.